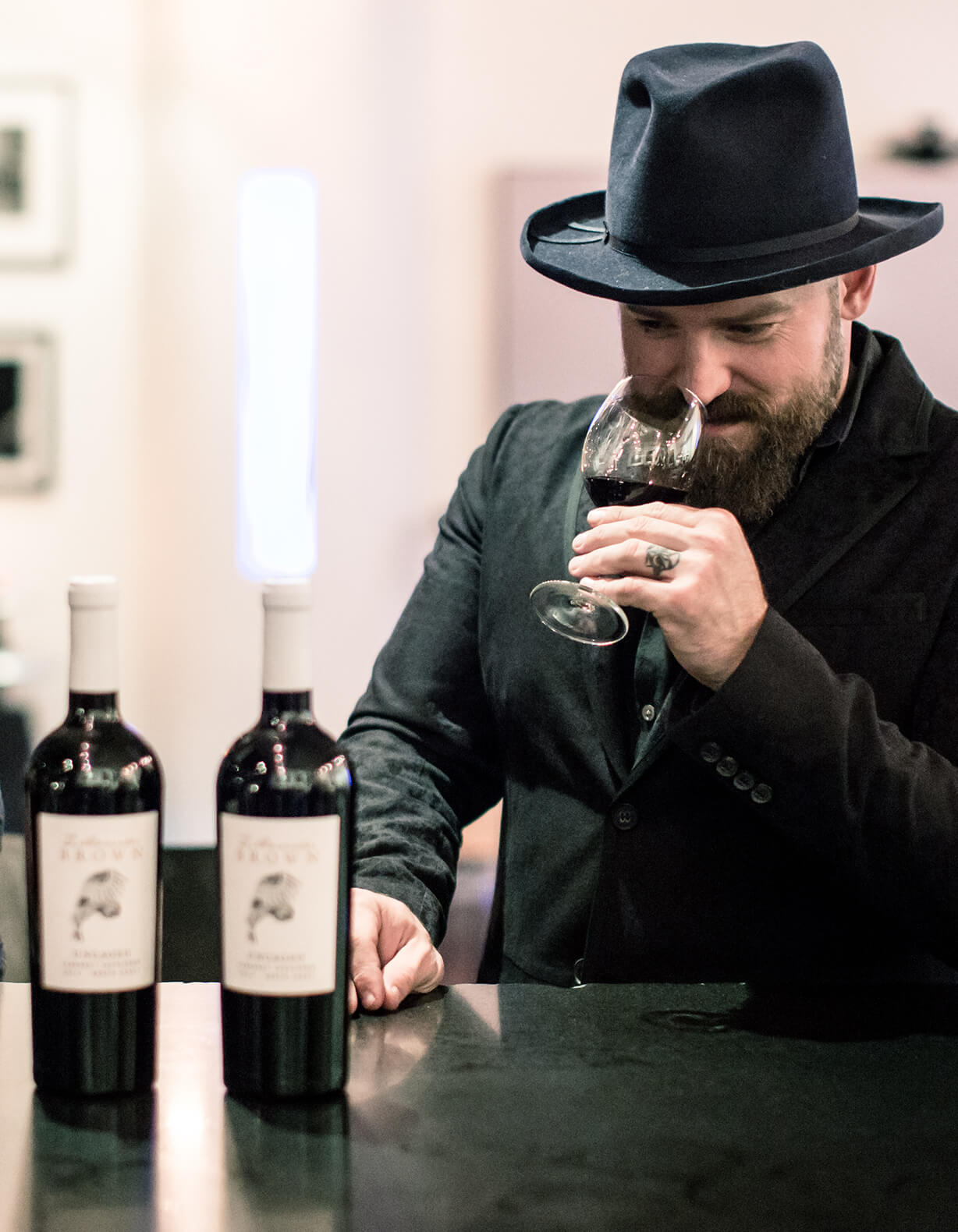 Highlighting the quality of California’s North Coast with a Cabernet Sauvignon and Proprietary Red Blend, Z. Alexander Brown wines unveil a robust style reflective of the land and the unlimited potential that can result from a pair of artists with a passion for bringing food, people and a sense of place together through creativity.

“After ten minutes with Zac, I knew that we were meant to work together,” said John Killebrew, Z. Alexander Brown Winemaker. “From his southern-inspired restaurants to his unique farm to table, Eat & Greet dining experience on wheels, Zac’s creative sensibility and “homegrown” perspective personally resonated with my approach to making wine. The North Coast, known for its diverse array of premium vineyards and their ability to develop rich, flavorful fruit, provided the perfect canvas for crafting two high-powered, palate-provoking wines aligned with our stylistic goals.”

“Wine has always fascinated me because of its inherent connection to the land and the artistry necessary to craft a distinct and memorable experience,” said Zac Brown, Proprietor, Z. Alexander Brown. “As a long-time wine enthusiast, the opportunity to partner with an expert like John has been a rewarding team effort, and I am excited to unveil the first of many vintages to come.”

The contemporary package features the word Uncaged, accompanied by an owl taking flight, which captures the spirit of Z. Alexander Brown wines – intense, full-bodied expressions of the land from which they are from. Carrying meaning on many levels, Uncaged is the guiding maxim for Zac and John’s approach to crafting Z. Alexander Brown wines, as well as the title of one of Zac Brown Band’s multiplatinum albums.